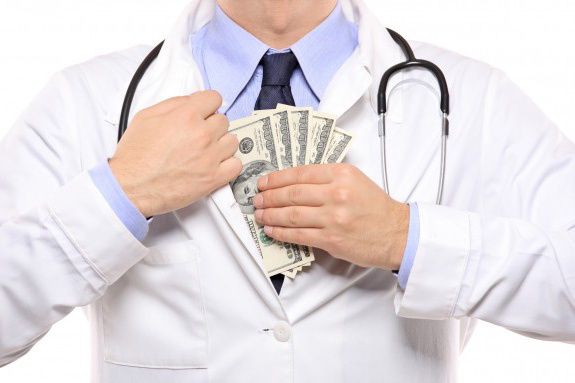 As part of his guilty plea, Lazo admitted that he paid kickbacks and bribes to his co-conspirators in exchange for home health services prescriptions and the referral of Medicare beneficiaries to T.L.C. Health Services, a company based in Miami.  He further admitted that he and his co-defendant Ibarra agreed with their co-conspirators to commit health care fraud by arranging for Ibarra to render therapy services on behalf of licensed therapists despite the fact that they knew she was not licensed to render the physical and occupational therapy services to the Medicare beneficiaries and billed Medicare for those services.   As part of her guilty plea, Ibarra admitted to conspiring with Lazo to commit health care fraud by rendering physical therapy services to Medicare beneficiaries when Ibarra was not licensed to provide these services.  Lazo admitted that as a result of the fraudulent claims, Medicare paid $8.6 million in benefits that it otherwise would not have.

Lazo was charged along with Ibarra in an indictment returned on June 21, 2018.  The indictment was handed down as part of a national health care fraud takedown.  As previously blogged on this site, on June 28, 2018 the Department of Justice announced what was called “the largest health-care fraud takedown in history,” with more than 1,000 law enforcement officers charging 601 people — including 76 doctors, 23 pharmacists, 19 nurses — with more than $2 billion in fraud.

The takedown included 124 defendants in South Florida — in locations from Wellington to West Palm Beach to Boca Raton — charged with offenses relating to their participation in various fraud schemes involving over $337 million in false billings for services including home health care and pharmacy fraud.

A 2003 graduate of Mercer University's Walter F. George School of Law, Ann Fitz is the firm's founding attorney and takes an active role in every case. When you need your rights protected, she's who you want in your corner.